Bétonsalon is a centre for contemporary art and research. An art centre that aims to provide hands-on experience of creativity in all its forms. A centre for research in action and in theory, where the forms of research and those of its sharing are to coincide and nascent languages develop. A source of situated practices and knowledge which, in collaboration with the Université de Paris, generates new angles of approach, as it addresses common or divergent perspectives. A situation offering a pathway through uncertainty, where testing and decentring are resources capable of inventing ways of bringing us together. A reflexive, inclusive, feminist, anti-racist art institution, actively combating all forms of discrimination and of necessity required to provide proof of the implementation of its stated ideals. A place receptive to its surroundings, both locally and as part of international networks of allies. A welcoming site where the collective dimension is a daily commitment. A workplace where quality of life is paramount and hospitality is the concern of all. A living archive, free for reading and writing, where many art histories are being written. A training hub contributing to the professionalisation of the sector. A room of our own, so to speak, a collective version of the prerequisite – together with an income – for a creative existence, as stipulated by Virginia Woolf in 1929. A room for us, for an open community made up of all the people – the team, the artists, the authors, the audiences, the partners – gravitating around this public amenity. A refuge where bodies and voices find their place, where several languages are spoken, and where we can think, see, hear, feel, imagine, share and enlarge on a multitude of worldviews. These perspectives can create solidarity by making us invent specific ways of doing and acting. Starting out with the commitment they demand of us, we will gradually establish the preconditions for getting our different messages across perceptually. Then we will have an art centre that will come up with a way of embodying the forces for freedom which are important to us. 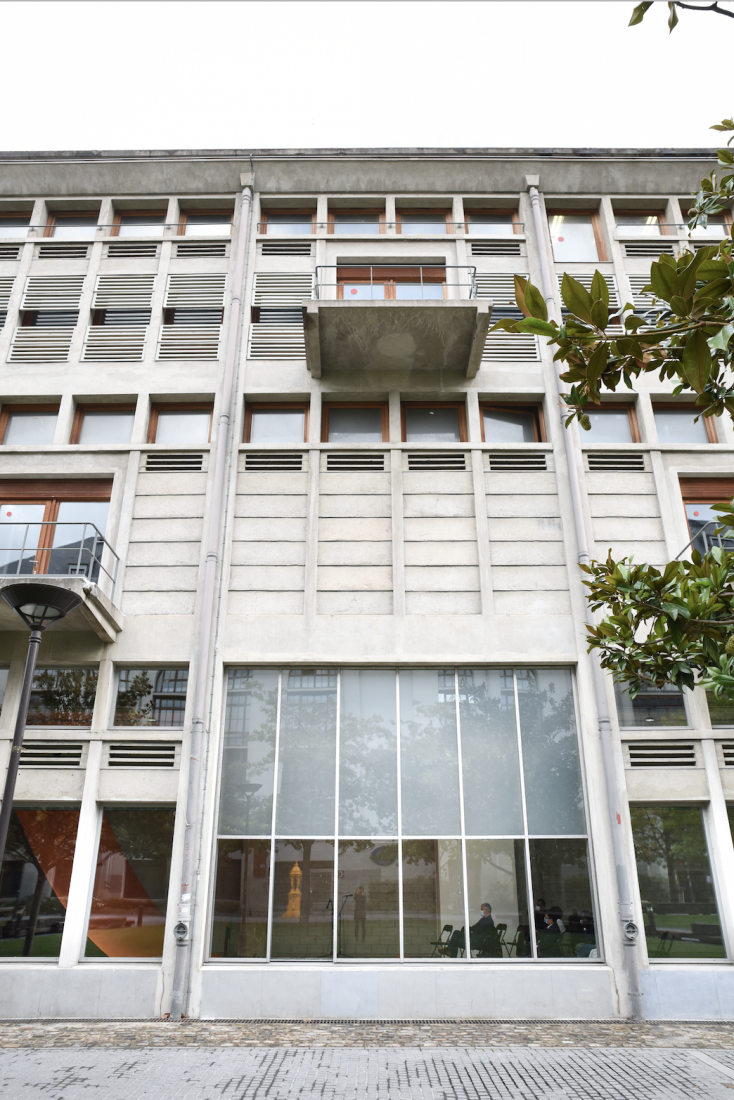 The programme includes solo and group exhibitions by emerging, re-emerging, reputed and forgotten artists; multidisciplinary events with maximum emphasis on attentiveness and interchange; cultural liaison and research into experimental liaison and educational methods; research and creation residencies; and a miscellany of off-site activities for various publics and local bodies. Bétonsalon functions in collaboration with local, national and international organisations.

A non-profit association founded in 2003, Bétonsalon – Centre for Art and Research has been ensconced in the Université de Paris, in the 13th arrondissement, since 2007. It wasted no time in gaining a reputation for research focused on exhibitions and cultural liaison, and was one of France's pioneer art centres in adopting decolonial and feminist stances and linking its artistic practices to cultural and political contexts. From 2016 to 2020 the association also had a second site, the Villa Vassilieff, designed as a working and living environment favouring maturation of ideas, encounters and knowledge-sharing. Bétonsalon co-founder Mélanie Bouteloup directed the art centre from its beginnings in 2003 until 2020, and a large number of people have contributed to its history, as members of its teams and through a vast network of collaborators in France and around the world. Today the new director, Émilie Renard, is setting out to draw on its accumulated collective imagination as a resource for building its identity.

Bétonsalon – Centre for Art and Research is an official City of Paris cultural establishment, with Ministry of Culture certification as a Contemporary Art Centre of National Importance, and is supported by the Île-de-France Region.